The Changemaker Index™ is built on the philosophy that changemaking is a never-ending, life-long journey on which one is always growing and evolving. For this reason, the Changemaker Index™ leverages the Likert Scale, a rating scale on which an individual indicates how much a particular statement describes them. The Likert Scale is the most widely used approach in survey research.

Since the scale does not limit the respondent to a simple yes/no answer, it allows for various degrees of agreement or disagreement, therefore lending itself better to the nuanced and ever-growing journey of changemaking.

Why use the Changemaker Index™?

The Global Impact & Evidence Team at Ashoka – Alessandro Valera, Diana Wells, Faith Rotich - spearheaded the design and construction of the Changemaker Index™. Working with the core team, Valeria Viscarra Fossati was instrumental in analyzing and visualizing data from the early pilots. Jeanine Buzali offered valuable collaboration through which we identified insights to refine the tool. Stephen Outlaw served as a Product Manager and brought in much-needed organization and process optimization that has helped bring this platform to life.

We would like to acknowledge the immense contributions of our consultant, Ryszard Praszkier, who has been supporting Ashoka in various capacities for over 25 years. Ryszard was especially instrumental throughout the process of building the tool from planning and curating early iterations to refining measures and standardizing the tool. We are also grateful for the work done by our methodological consultant Agata Zabłocka at SWPS Univeristy of Social Sciences and Humanities. Agata conducted the essential validity tests we needed for the tool.

We are grateful for the tremendous efforts of Reilly Brooks, Hillary Alamene and their team of interns (Celina Adams and others) in building our 'Learning Sections' and sourcing relevant resources for changemakers. We also appreciate the incredible work of our volunteer translators who made it possible to have the site available in multiple languages. Finally, we would like to recognize the support of the Ashoka Knowledge Team of Teams, a group of enthusiastic and knowledgeable Ashokans who provided us with invaluable feedback on applications of the tool at Ashoka and beyond. 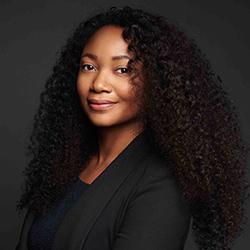 Shai Basys is passionate about using technology to empower the social sector. She has developed CRM and data analytic products for the federal government and international organizations like the United Nations. She is a former U.S. diplomat, who worked on human rights and environmental sustainability issues in Lithuania, India, Indonesia, and a portfolio of countries in the Arabian Peninsula. She has a bachelor’s degree in international politics from Georgetown University and a master’s degree in public policy from Duke University. 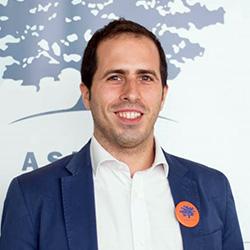 Alessandro is responsible for the launch and growth of Ashoka in Italy. With over ten years spent living in the UK, US, Canada and Spain, Alessandro is a truly international character, involved in issues and ventures of global relevance. With a solid background on both qualitative and quantitative research, as well as the creation of his own communication and research business, Alessandro has worked for the public, private and third sector in several countries. Alessandro is passionate about global change, sits in the Board of Trustees of the transnational organisation European Alternatives and on the Advisory Board for Ethics, Responsibility and Sustainability at the Luiss Carli University in Rome. He is a proud graduate of UWCs, the London School of Economics, University of Essex and Liceo Classico Zucchi. 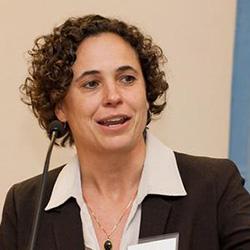 Diana joined Ashoka after graduating from Brown University in 1988 with a degree in South Asian Studies. As an undergraduate, her year-long study abroad in Varanasi, India led her to see the need for local solutions to solve global problems. This insight inspired her to pursue an internship at Ashoka, where she created one of its core programs, Fellowship Support Services, (now Fellowship) which expanded the resources available to Ashoka’s social entrepreneurs to connect them to one another. When Diana took a leave to pursue a Ph.D. in anthropology from New York University (2000), she was named both a Fulbright and Woodrow Wilson scholar. Her ethnographic research on understanding how social change happens as a local articulation of a global social movement resulted in her dissertation: 'Between the Difference: The Emergence of a Cross Ethnic Women’s Movement in Trinidad and Tobago.'

Ph.D. in hand, Diana returned to Ashoka as a leader in the worldwide process of selecting social entrepreneurs to be Ashoka fellows. Additionally, she was given responsibility for Ashoka’s geographic expansion and during her tenure, there was a significant increase of Fellow elections, allowing Ashoka to reach its current total of 3,000. She became the President of Ashoka in 2005. She has contributed significantly to the field of social entrepreneurship by implementing one of the first, and now widely respected, tools to measure the impact of social entrepreneurship.

She is on the Advisory Board for the Center for the Advancement of Social Entrepreneurship (CASE) at Duke’s Fuqua School of Business and on the Board of GuideStar International. She has taught at Georgetown University on Anthropology and Development and has authored and edited numerous journal and book publications, including two compilations on social movements in the United States.

In 2007, Diana was celebrated as one of 10 winners of the first annual Women to Watch award, by Running Start. She also received the first Social Innovation Champion Award at George Mason University’s Accelerating Social Entrepreneurship (ASE) conference in 2011.  Since then, in 2012, her alma mater, Brown University, honored her with its highest distinction for graduates, the Williams Rogers Award, in recognition of exemplifying Brown’s mission to prepare alumni for lives of "usefulness and reputation." 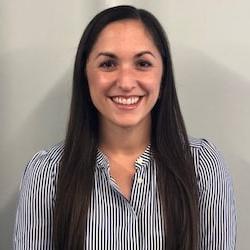 Alyssa has spent the past decade using research to improve the social sector. Before joining the Impact & Evidence Team at Ashoka, Alyssa worked on research teams at the Duckworth Lab at the University of Pennsylvania and the Wharton Social Impact Initiative. Most recently, Alyssa has served as an evaluator at ImpactED, an impact-evaluation center serving nonprofits and government agencies, housed within the University of Pennsylvania. At Ashoka, Alyssa is a member of the Impact & Evidence team. She is thrilled to have the opportunity to use data to advance Ashoka’s Everyone a Changemaker vision. Regarding the Changemaker Index™, Alyssa is responsible for leading the continuous improvement of this measurement tool and conducting analyses for teams interested in understanding their changemaker abilities. 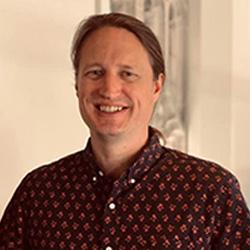 Stephen Outlaw is an Institutional Strategist at Ashoka and a member of Ashoka's Integrated Technology Initiative (ITI). Stephen is a digital tool and platform evangelist - building strategies and sharing best practices for leveraging Ashoka's digital communications properties to maximize engagement with changemakers around the world. He has been working for social change for over two decades - collaborating with technologists, communications teams, and marketing experts to advance the goals of citizen sector/non-profit organizations. 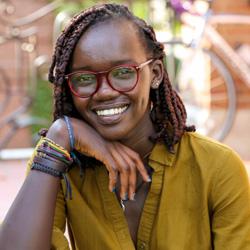 Faith Rotich works with the team to create frameworks and measurement tools to evaluate Ashoka’s impact on different stakeholders, including individuals, organizations and communities. Faith is passionate about creating new measurements to demonstrate the value of changemaking abilities for today’s world. She was the Product Lead for the Changemaker Index™ where she conducts literature review to inform the tool, interrogates research and survey methodologies, and designs survey questions, among other things.

Faith was born and raised in Kenya, and holds a bachelor’s degree in Econometrics & Quantitative Economics from Dartmouth College in the United States.